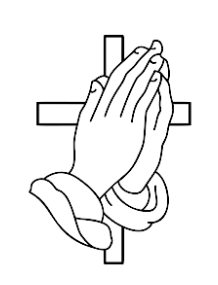 She was born on September 4, 1938, in rural Alma, the daughter of Charles and Ellen (Parker) Pergl. She was married to Scott Hanks for over 25 years, and later married and divorced Lladio Martinez.

Mrs. Martinez was preceded in death by her father; and beloved son Terry Hanks.

Evelyne had a deep faith in Christ and powerful belief in prayer. She enjoyed swimming, bowling, and gardening in her younger years, and tending to her flowers, and feeding the birds, squirrels, and neighborhood cats in her later years. She lit up around children, and especially loved spending time with her grandkids.

Per her wishes, cremation rites will be accorded, and a private family service will be held. Day Macz Funeral Home in Sandoval is in charge of arrangements. Memorials may be made in Evelyne’s honor to the Centralia Humane Society and will be accepted for the family at the funeral home. Online condolences and memories of Evelyne may be shared with the family by visiting www.maczfuneralhomes.com and/or on the funeral home’s Facebook page.

To send flowers to the family or plant a tree in memory of Evelyne (Pergl) Hanks Martinez, please visit our floral store.

A Memorial Tree was planted for Evelyne

You can still show your support by sending flowers directly to the family, or by planting a memorial tree in the memory of Evelyne (Pergl) Hanks Martinez