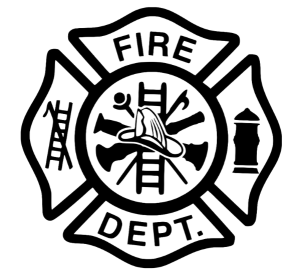 Thomas Nicolay, 93, died at his home in Centralia on Thursday, January 13.  Tom was born in Sandoval on June 10, 1928, the son of Thomas E. and Bessie E. (Chapman) Nicolay. He lived in Sandoval his entire life until moving to Centralia a few years ago.  His life was defined by a sense of duty to his family, his community and his country, and he lived it with kindness, grace, and laughter.

Raised on a dairy farm, Tom joined the U.S. Navy in 1946 during his senior year at Sandoval High School, serving as an Aviation Machinist Mate on an F-6 Hellcat crew at Alameda Naval Air Station, California.  He returned to Sandoval and resumed farming and working in the oil fields, marrying his high school sweetheart, Marilyn Quayle, in 1950.  Their union would last 71 years and produce four children.

Tom wore many hats over his long life, starting with a commercial and residential refrigeration business, Nicolay Refrigeration, in 1959.  He operated that company until becoming Superintendent of Utilities for the Village of Sandoval in 1967.  While those were his jobs, his passion beginning in 1959 was the Sandoval Fire Protection District.  Tom rose through the ranks of the department, and was named Chief in 1970, a position he held first as a volunteer, and then as a full-time chief until his retirement in 1998.  During that time, he led the department to a sterling reputation in both the fire and EMS services.  Tom felt that a small department in a small town could be as good as any department anywhere.  He constantly read, attended conferences, and pushed the department to adopt the latest and best practices to keep the community safe.  In 1974, he was a member of the first EMT class in southern Illinois, and later joined the first class of Emergency Rescue Technician Instructors in the state.  In that role, he taught emergency rescue classes to hundreds of first responders from all over southern and central Illinois.  In addition, he successfully led statewide efforts in Springfield to allow first responders to use automatic defibrillators, and to require smoke detectors in residences.  The Illinois EMT Association honored him with the Stipp Lifetime Achievement Award for these accomplishments.

After serving as Deputy Coroner for 14 years, Tom was elected Marion County Coroner in 1996, and was re-elected three times before his retirement in 2012.  He was certified as a Master Medico-Legal Death Examiner from St. Louis University.  As Coroner, he was known for his gentleness to families in their most difficult times.
Tom was a member of the International Fire Chiefs Association, the Illinois Coroners Association, the Centralia Rotary Club (Paul Harris Fellow), Centralia Shrine Club, Masonic Lodge (70 year member), Eastern Star, Marion County 9-1-1 Commission (Vice Chair), Egyptian Firefighters Association (President), Ainad Shrine Temple (Ambassador), Salvation Army Board, Sandoval School Board, and was the first member appointed to the Illinois Firefighters Medal of Honor Commission.  He loved playing cards (he usually won), watching the Cardinals, woodworking, ice cream and was a fan of the Homecoming Gospel Choir, traveling with them around southern Illinois.  He was also a member of the Sandoval United Methodist Church.  In retirement, Tom found great joy in driving dozens of young patients to Shriners Hospital in St. Louis for treatment.

Visitation will be from 4-7 pm on Thursday, January 20 at Day-Macz Funeral Home in Sandoval, and the funeral at 10 am Friday, January 21 at the funeral home.  Graveside services to follow at Sandoval Cemetery.  In lieu of flowers, memorials may be made to Sandoval Fire Department or Shriners Hospital for Children. Online condolences and memories of Tom may be shared with the family by visiting www.maczfuneralhomes.com and/or on the funeral home’s Facebook page. Day Macz Funeral Home in Centralia is privileged to be assisting the family of Tom Nicolay with arrangements.

To send flowers to the family or plant a tree in memory of Thomas Nicolay, please visit our floral store.

A Memorial Tree was planted for Thomas