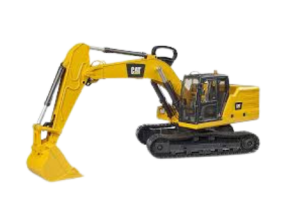 After graduating from Sandoval High School, Wayne enlisted in the United States Air Force where he served his country with pride from 1962-1966. He was ranked a Specialist 1st Class Airman and was stationed in Florida and Japan. Wayne was a Metal Welding Specialist who shared this skill to keep the aircrafts used by the Air Force in top shape. Upon returning from his time in the service, Wayne utilized his welding ability as a pipeline welder while working out of the Pipefitters Union Local 653 of Centralia. He quickly realized this was the time for him to expand his horizons and start his own welding company, which he made successful from the time he started it in 1967. During the fourteen years Wayne was growing his welding company he purchased a backhoe, and his next company was born. He excitedly started Wayne Carter Trucking and Excavating and became a member of Operator’s Union Local 520. He was known to be a businessman of integrity who knew a job worth doing was a job worth doing right. These were qualities he passed down to his children and grandchildren and he was so proud to have his son and grandson work alongside him.

Wayne’s humanitarian spirit prompted him to be extremely active in the community he called home. He was a longtime member of Sandoval United Methodist Church, and he was a past Sandoval school board member for eight years. Wayne brought the game of golf to his community while being a part owner for 36 years of the Colonial Golf Course in Sandoval. He was grateful for the friendships he made through his membership with the Centralia Elks. Wayne liked to travel to the local cafes where he enjoyed spending time with friends and catching up on the local gossip. Although he liked to eat out, nothing compared to the wonderful meals his wife Lana would cook for him. Wayne did not miss an opportunity to praise Lana for her amazing food and brag on how good it was to others. As a man that was well respected for the way he provided for his family, Wayne also knew the tremendous blessing the time spent with his family was. It brought him immeasurable joy to watch them grow and succeed. Wayne will be forever remembered as a very humble man, hard worker, a wonderful father, grandfather, and great-grandfather who loved his family with all his heart.

A celebration of life service will be held at 10:00 a.m. Friday, May 13, 2022, at the Irvin Macz Funeral Home in Centralia with Pastor Mike Hall and Pastor Rick Atchley officiating. Interment will follow at Hillcrest Memorial Park in Centralia where military rites will be accorded by the Centralia VFW Post 2055 and the American Legion Post 446. Friends are welcome to a visitation time from 4:00 p.m. until 7:00 p.m. Thursday, May 12, 2022, and one hour prior to the service on Friday at the funeral home in Centralia. Memorials may be made in Wayne’s honor to the Sandoval United Methodist Church. Online condolences and memories of Wayne may be shared with the family by visiting www.maczfuneralhomes.com and/or on the funeral home’s Facebook page.

To send flowers to the family or plant a tree in memory of Wayne Carter, please visit our floral store.

A Memorial Tree was planted for Wayne